Bitcoin: Why This Bull Market Is Just Getting Started

Bitcoin has gone through a healthy correction of around 30% from recent highs and appears to be consolidating around a critical technical level.

Bitcoin’s uptrend seems to be well in tact, implying that higher prices should follow shortly.

Also, it is not just Bitcoin, some systemically important Altcoins should do extraordinarily well in the upcoming environment.

The fiat-based monetary system is in uncharted territory that could lead to increased levels of inflation and a possible loss of confidence in the system.

Bitcoin and other top digital assets are essentially inflation proof and should move much higher in this current Bitcoin bull market wave.

This idea was discussed in more depth with members of my private investing community, Albright Investment Group . Get started today » 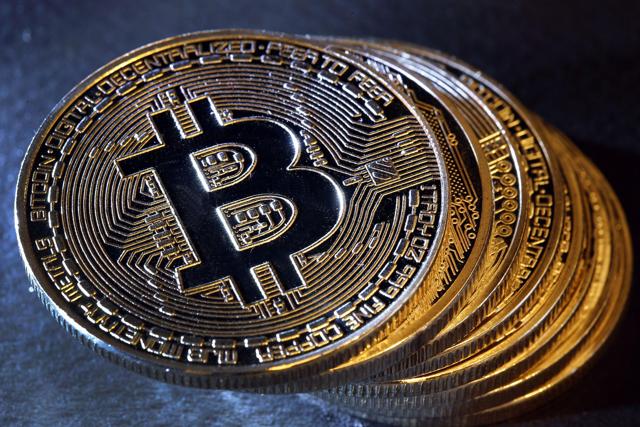 Bitcoin’s Moment of Truth Has Arrived

Bitcoin (BTC-USD) is at a significant inflection point right now. It’s been trading in a narrowing channel for over a month now, and one of two things is probably about to happen.

Bitcoin can either degrade further, or it could surge much higher to new highs. What’s important is that we see positive price action and BTC’s uptrend is intact.

However, some recent price action has been rocky, and Bitcoin is down by roughly 30% from its most recent major high of nearly $14K. Nevertheless, prior to BTC’s recent drop, Bitcoin was up by a staggering 338% since my “Bitcoin Hits Bottom” article came out late last year.

You didn’t expect it would go up forever, did you? Unfortunately, Bitcoin can’t fly high continuously; it fluctuates, and can be quite volatile at times. Yet over the long term, the trend has primarily been higher. Also, healthy corrections as the one we’ve had after the massive run up this year are a natural phenomenon for Bitcoin.

Some important factors to consider:

Bitcoin’s uptrend has continuously been higher because it was originally developed to protect and possibly try and prevent the next financial crisis. Well, here we are, 10 years later, and we may be standing on the presupposes of another recession.

Only this recession will likely be a lot different from the two previous abrupt crashes and subsequently quick recoveries. This next recession will likely be correlated with a currency crisis due to all the massive monetary easing around the globe and the enormous amounts of debt held by developed governments. There is also nearly $17 trillion in negative yielding government debt around the world now.

The “new normal monetary order” is incredibly bullish for Bitcoin, as it is the ideal source of capital preservation. You own it, and it is essentially immune to central bank engineered inflation, devaluation, and other detrimental government, big bank, and central bank interference and manipulation.

We can see that Bitcoin continuously moves in waves as more and more people join the blockchain network. BTC has had several waves higher through its history, and is now going through major wave number 4. Judging by prior research this wave cold ultimately elevate prices to $76-100K within the next few years (2020-2021). This will likely represent the next peak before the cycle repeats all over again in wave 5.

A Closer Look at the Cryptocurrency Complex CCC

Driving 3,250 Kilometres for only $30, in an Electric Vehicle

What’s Coming Up In The Oil Patch?