Gold has risen 18% since the start of the year, in part because China has been adding vast amounts of the metal to its reserves.

Bloomberg, citing the People’s Bank of China, reported that the Asian superpower added over 94 tons of gold to its reserves since December, consistent with gold’s rise since the end of last year.

Central banks including China, have used the trade war as an incentive to try and diversify their reserves, according to John Sharma, an economist at National Australia Bank, who told Bloomberg: “Gold provides an ideal hedge,” during a time of political uncertainty.

Gold’s rise, which has come in line with the ever escalating US-China trade war, is a major sign that investors are worried about the state of the economy. Traders plowing into bonds and gold show that investors are scrambling to assets seen as safe havens in times of turbulence.

Gold currently is at its highest since February 2013 showing the effect the trade war has had on the metal’s rise, as well as central banks around the world have been cutting interest rates to try and fight economic slowdown. 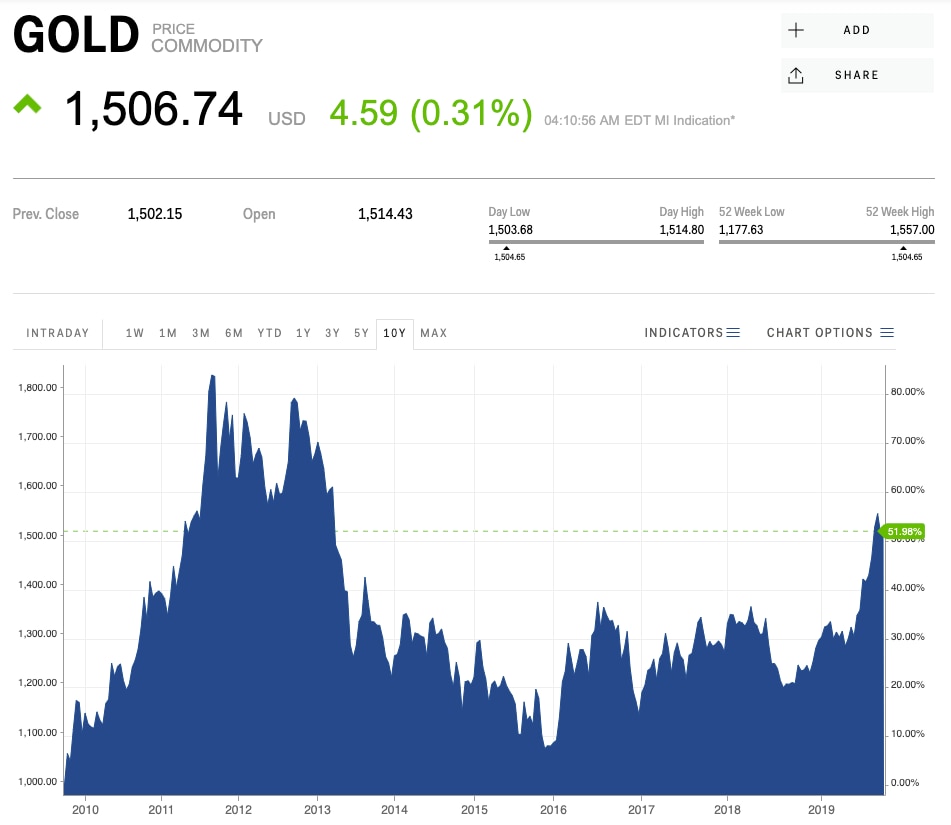