On Monday, gold whopped around between positive and negative territory, closing the day slightly lower. Gold is now down for the third day in a row after the spike rally that took it to $1,454 and new six-year highs. Is the rally over?

We would look at this as just another buying opportunity. Looking back at the rally, we have seen this pattern repeat after each move to new recent highs. Gold moves higher, profit takers come in, and the weak momentum players get nervous and sell out. This action creates a small sell-off, which usually turns out to be just another buying opportunity.

This time doesn’t look different. The weak hands are getting out because they expect the rally to go forever. As soon as the selling ends, which should be $1,400-$1,410, we look for the buyers to step back in and take gold to the $1,500 level. Until further notice, gold goes higher

Silver is now consolidating at new yearly highs and shows no signs of slowing down. The pattern itself suggests that silver has a lot of room on the upside and this congestion pattern should resolve in another breakout to the upside. 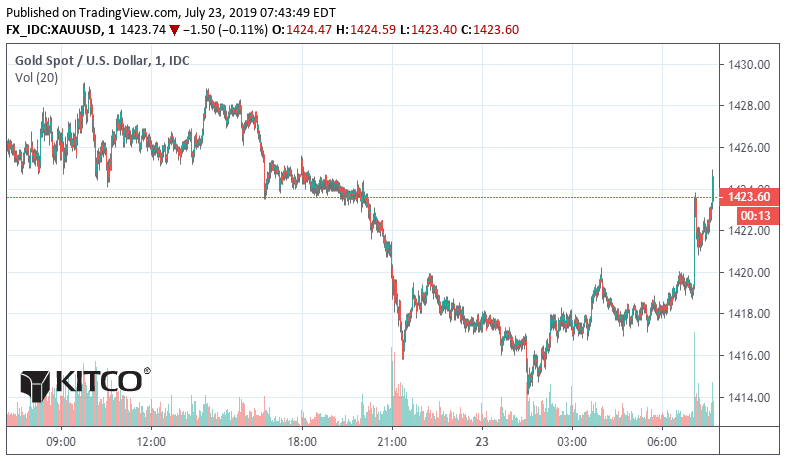 Berkeley Became First US City to ban Natural Gas. Here’s What that may Mean for the Future