Last month, silver outperformed gold for the first time in 6 months, in line with our expectations.

Silver’s outperformance was driven by a substantial surge in its monetary demand in response to friendly macro forces for the precious metals space.

SIVR: We expect the macro backdrop to remain positive in August, forecasting a trade range of $16.00-$17.50.

Silver is off to a good start to the month (+5%) after rallying strongly by 6%+ in July, outperforming gold prices and therefore confirming our “outperformance” thesis outlined in our previous reports.

SIVR: After hitting our target of $15.90/share last month, we believe that SIVR will continue to push strongly higher this month, mainly because 1)the macro backdrop is friendly for the precious metals complex and thus conducive to stronger monetary demand, and 2)there is plenty of dry powder among speculative funds to deploy on the long side, contrary to gold.

In this context, we believe that SIVR will deliver well, both on an absolute and relative basis. We forecast a trade range of $16.00-$17.50. 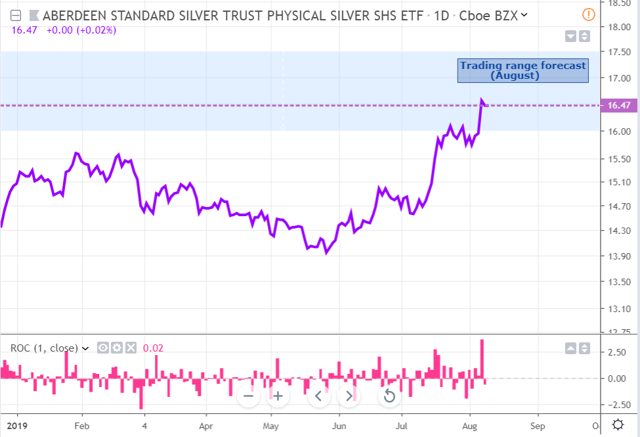 The physically-backed methodology prevents investors from getting punished by the contango structure of the Comex silver forward curve (forward>spot), contrary to a futures contract-based methodology.

For long-term investors, SIVR seems better than its competitor SLV, principally because its expense ratio is lower (0.30% for SIVR vs. 0.50% for SLV), which is key to make profit over the long term.

Silver rebounded well for a second straight month in July (+6.3%), finally outperforming gold for the first time in six months, in line with our expectations.

While it came initially under pressure to reach a low at $14.90/ounce on July 5, it subsequently rallied strongly to push to its highest since June 2018 at $16.65/ounce on July 25. 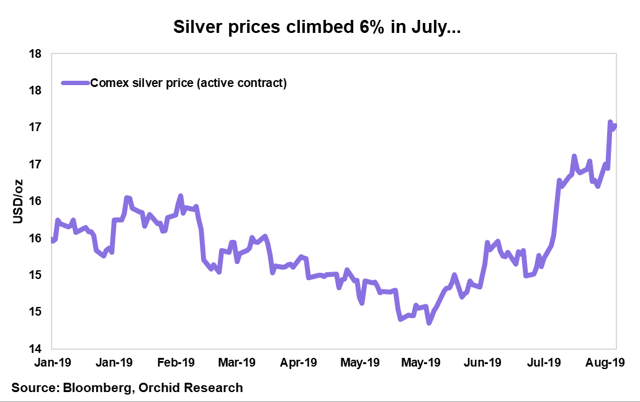 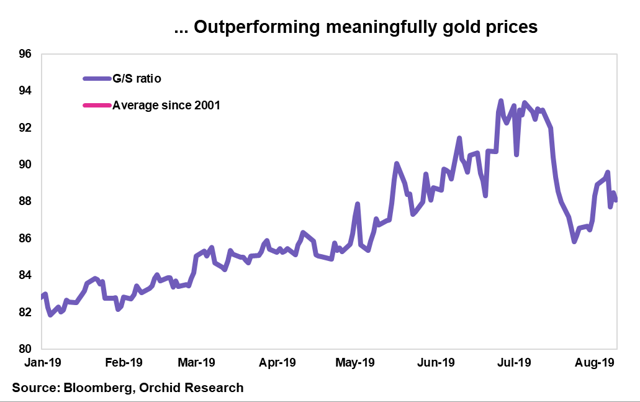 The gold:silver ratio dropped from a high of 93 on July 10 to a low of 86 on July 24, before rebounding since then.

Silver’s outperformance was driven a significant surge in its monetary demand: 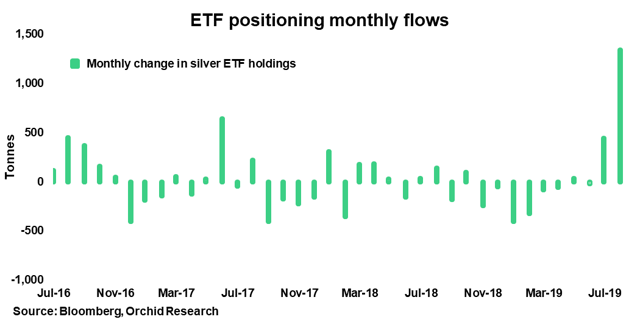 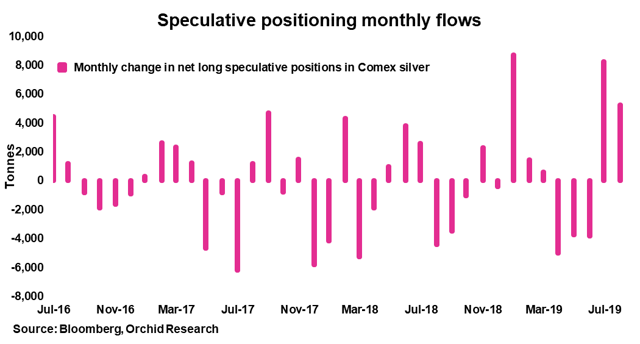 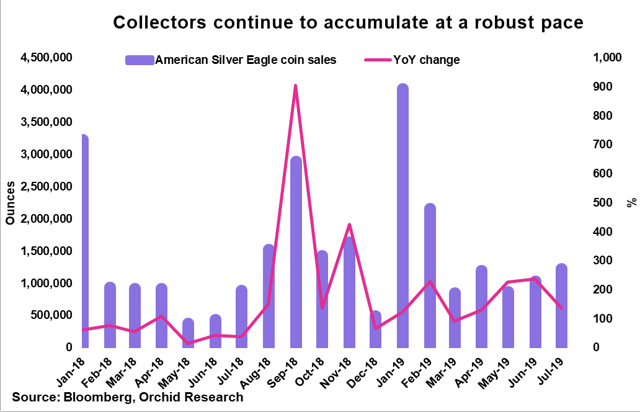 What do we expect for August?

The macro backdrop for the precious metals complex is likely to remain friendly in the course of August, principally because escalating trade tensions between the US and China raises downside risks to the US economic outlook, which in turn forces the Fed to deliver more easing measures (e.g., rate cuts), which the market is well aware of judging by the bond market pricing.

An easier policy stance by the Fed exerts downward pressure on the dollar and US real rates, which in turn stimulates monetary demand for precious metals.

Contrary to gold, however, the silver futures market shows plenty of dry powder among the speculative community to deploy on the long side. Although silver’s spec positioning has played some catch-up with gold’s since mid-June, speculators remain relatively too long gold vs silver, as our chart below shows.